The RCS Ottawa Branch is an independent branch, which is a member of RCS London and associated with RCS Canada.  We were the first RCS branch in Canada and have operated our National Student Commonwealth Forum program for over 45 years .

​
Working within the broad framework of The Commonwealth Charter’s values, and the objectives of The Royal Commonwealth Society, RCS Ottawa works according to a strategic plan, the main goals of which are to:

WHAT WE STAND FOR

RCS Ottawa embraces the aspirational thoughts of the Royal Commonwealth Society: that The Commonwealth is an important influence for good in the world, comprising 54 countries, representative of all geographic regions of the world and containing almost one-third of the world’s population.  The value of this community lies in its great diversity of races, cultures, creeds, and political beliefs, as well as in its ability to communicate and act constructively for peaceful ends.

RCS Ottawa sees itself as contributing to a shared interest: that, united by English as a common working language, the member countries form a network of mutual assistance in many areas, including economic affairs, development, research, law, education, health, and communication.  All member countries are equal and free to follow their own policies; all subscribe to a set of common ideals including equal rights for all citizens and the liberty of the individual, opposition to colonial domination, opposition to racial domination and oppression, and the realization of a fairer society.  Unlike the majority rule of the United Nations, The Commonwealth priorities require the consensus of all 54 countries.

RCS Ottawa promotes understanding, empathy, and consensus by sharing information on The Commonwealth, its values, and its insights, inspiration, and innovations related to the issues that we face together, through the following:

- EDUCATION ENDOWMENTS: we have established bursaries for Commonwealth students at the University of Ottawa, Carleton University, and Algonquin College;

Our annual National Student Commonwealth Forum is a youth leadership program that was first started in 1973 to coincide with Canada’s hosting of the Commonwealth Heads of Government Meeting (CHOGM) in Ottawa.

The RCS has a number of programs that are specifically directed towards young people.  Click here for more information on the Youth leadership programs of the RCS.

"Find Your Voice" in the Shakespeare on the Platform (SHOP) competition, where it's not just what you say but how you say it.  Ottawa high school students and schools compete for $1250 in prize money each November. 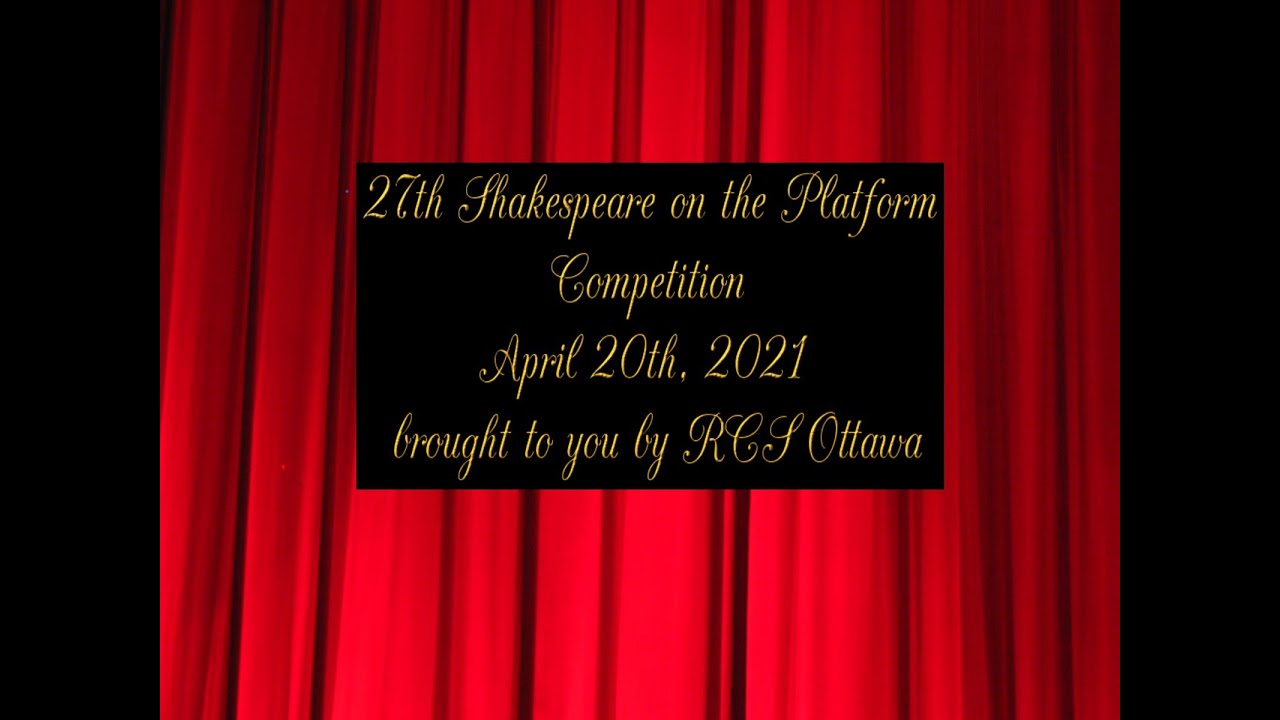 Tribute to HRH The Duke of Edinburgh

Special tribute to His Royal Highness Prince Philip, Duke of Edinburgh. - May 1, 2021 11am EST